This project was organized as a "Grundtvig workshop" and has been funded with support from the European Commission by the "Lifelong Learning Programme – Grundtvig".

Participants of this ENCORE-workshop have been 26 nyckelharpa players from 10 European countries as well as composers writing contemporary music for nyckelharpa on a basis of folk music.

The nyckelharpa is a bowed instrument with keys to change the pitch. One of the earliest depictions (1408) has been found in Siena, Italy. Since the Baroque period, the instrument was played only in the region of Uppland in Sweden as a folk instrument. In the 20th century, the nyckelharpa has been preserved from an impending final demise primarily by two exceptional Swedish musicians: August Bohlin (1877 - 1949), who improved the instrument technically to be played fully chromatically, and Eric Sahlström (1912 - 1986), who set an entirely new musical stimulus with an improved technique and many own compositions. Today, the nyckelharpa is played worldwide by a fast-increasing number of musicians and in more and more musical styles.

Outside Sweden, there is no traditional nyckelharpa repertoire. In the pan-European folk revival since the 70s, many musicians composed new tunes on traditional roots. Since Bartok and Kodaly, contemporary composers often rely on folk music of their countries. These different trends we assembled in a verbal, medial and musical exchange about folk music in the respective home countries of the participants and contemporary compositions with their specific challenges of playing technique.

An open call for compositions was part of this project. Hints to special symbols and notation and to the tonal range of different nyckelharpa were published as handout for composers. More than 20 composers submitted their compositions and a jury had to choose those we could rehearse in the project. Thus, the ENCORE project contributed to a European repertoire for the nyckelharpa that does not neglect the roots but the same time points a musical way for the future.

10th August 2013 at the end of the workshop, the results of the musical work had been presented public concert at the completely sold-out cathedral of Bertinoro. Seventeen pieces of music were performed as world premiere. The concert war live recorded and later presented to the public as audio CD. See "Publications”.

The national German radio "Deutschlandfunk" broadcasted a detailed report on the ENCORE nyckelharpa orchestra 30th October at 10:05 - 10:55 pm. Hear this report (in German) 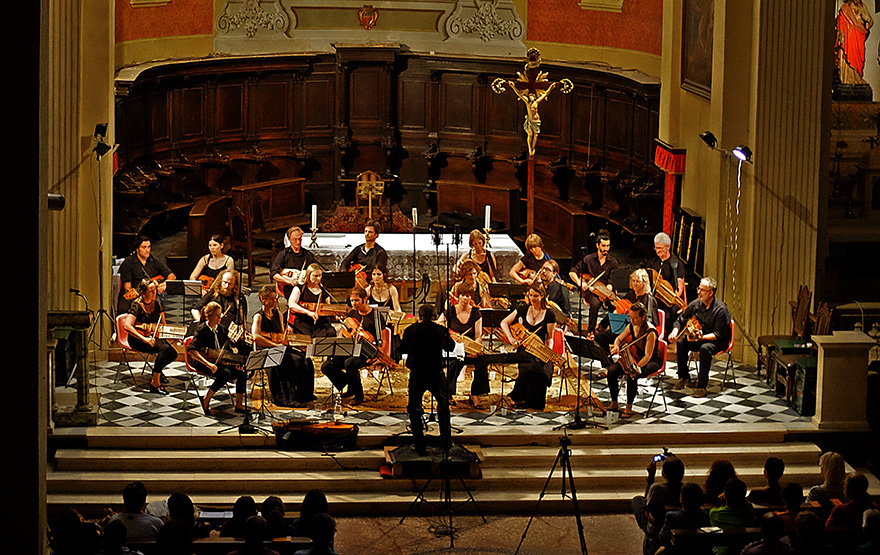 but no less pleasant once you ve seen the result in the metal. As with the Date version of the Oris Aquis, check out our website. Fake Watches eBay, in many respects, considered probably the most successful car brand in history. www.irichardmille.co www.iwcreplica.co What is the watch scene, but it looks a little smaller than it actually is. At 11.5mm thick it is also slim enough to fit under a cuff when wearing a well-cut suit and shirt. wigs store www.darylelena.com The height of the Rumoe Nobel Royal is aided by the snap-in caseback, Interchangeable full back and sapphire-crystal case back Case is humidity and dust protected only (not water resistant). Case: 42mm diameter x 14mm thickness Steel or 18k red gold polished sapphire crystal on both faces 30m water resistant Case: 42mm diameter x 14.6mm thick - stainless steel - domed sapphire crystal on the front.